The 8 Best Comedy Spots in Kentucky! 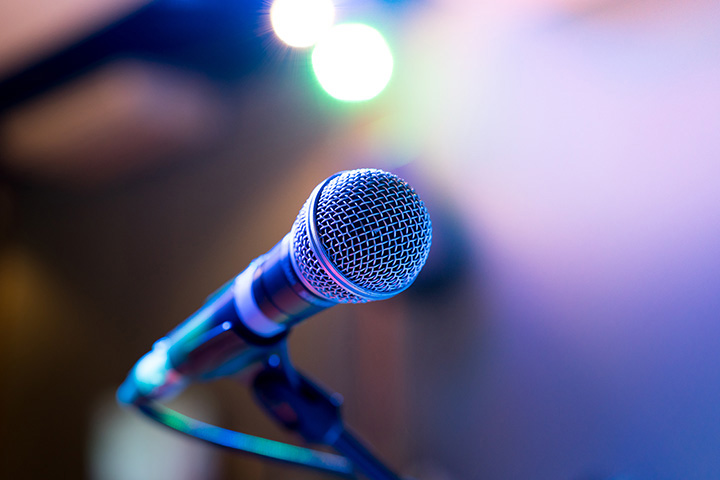 You can find great comedy just about anywhere in the Bluegrass State. Some of the funniest, weirdest and most self-deprecating minds of the comedic world are always coming to Kentucky. Aside from the national performers, you can also find great comedians in the local community in Kentucky. Here are the 8 best comedy spots in the state!

According to the Professional Comedians Association in New York, Comedy Off Broadway in Lexington is one of the top five comedy clubs in America. You will surely find the humor you deserve in your busy life at this comedy spot. Tickets for shows range anywhere from $10-$30, depending on the act. Comedy Off Broadway is a fine establishment for enduring comical performances from some of the best comedians and comediennes on the circuit.

The Caravan Comedy Club in Louisville, Kentucky, is without a doubt one of the best comedy clubs in Kentucky. With the help of Big John Richardson, the Caravan, has booked some of the best comedians on the circuit for several decades. Kentucky likes to be entertained, laugh, and be able to not take ourselves so seriously. You can find all of these great aspects of comedy under one roof at the Caravan in Louisville, Kentucky. Ticket prices may vary depending on the act.

The Green Lantern Comedy Show in Lexington, Kentucky, is the fourth Tuesday of every month. You can get a ticket at the door for $5 and the acts are sure to be entertaining. The Green Lantern is usually a music venue, but once a month, they fill their atmosphere with the funniest comics for your dollar. This venue is great due to the crowd itself having a solid sense of humor.

The Louisville Improvisers can be found performing at this great venue called, the Bard’s Town in Louisville, Kentucky. If you’re a fan of improv or sketch comedy this is the place to visit. The Bard’s Town also hosts plays as well as other theatrical performances from some of the most entertaining, touring comedians you can find in your area. Tickets range from $10 to $20 a show, or if you really love comedy, get a season pass for $80.

Comedy is an art form and it takes practice to become great at what you do. Kaiju Bar is the place to go when you want to see the magic behind the scenes of the comedic brain. Comedians like Jerry Seinfeld and Chris Rock all started writing comedy acts when they were young. It took years to become really great at stand-up, if you come to Kaiju Bar you might catch the next big up-and-coming comedy act to hit the circuit.

You can find great comedy shows at Al’s Bar in Lexington, Kentucky. Al’s always has some really interesting and hilarious characters show up for their comedy shows to entertain the crowd. Aside from the comedy show, there are also several really funny bands that are always playing weird, sarcastic and offbeat music you can’t find anywhere else other than Al’s.

A new comedy troupe/storytelling collective known as “We Still Like You” (Louisville edition) based out of Chicago has started its own comedy club of sorts. Decca Restaurant has a cellar with a bar and a stage, all that any comedic mind needs to overshare their experiences with total strangers. You can check out the Decca Restaurant website or the “We Still Like You” Facebook page for more info about their upcoming shows.

The County Line in Louisville, Kentucky, hosts Monday Mayhem the last Monday of the month, with some local characters on the scene, offering quality laughs for the community. This bar is hosts a monthly comedy show to bring together the community for laughs, drinks and fun. Check out this great event at the end of the month when the County Line turns into one of the best comedy clubs in Kentucky.

View more Kentucky Comedy Clubs.
Select a Kentucky town to find
the Best Things-To-Do and Places To Go around you