The 10 Best Fall Festivals in Kentucky! 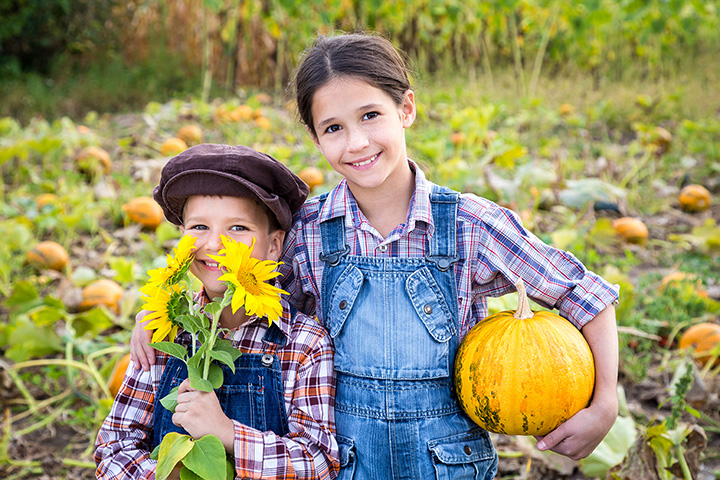 From the bluegrass music of the region, to the delicious local foods, Kentuckians will always find a reason to celebrate. And when the seasons change, the fall festivals abound. Whether you’re looking to celebrate bourbon or wooly worms, Kentucky has it. Here are the 10 best fall festivals in the state.

What started as the dream of a father and son to promote the tradition of bluegrass music 25 years ago has become the largest festival of its kind in the world. Over 100 musical groups attend each year to present their version of this true country music phenomenon on Poppy Mountain in Morehead, Kentucky, thus the name Poppy Mountain Bluegrass Festival. Overnight camping is available with free electric and water hookups while they last. Presale tickets can be purchased, and the event goes on during the third weekend of September and has had over 20,000 people in attendance for the past several years.

Each year following Labor Day, the Annual Trail of Tears Pow Wow is help to commemorate the Cherokee people who were part of the forced move westward, historically called the Trail of Tears. The Trail of Tears Commemorative Park in Hopkinsville, Kentucky, is one of the sites used during the walk, and the event is used to share the rich history of the Cherokee nation through storytelling, food, dances, crafts, and live demonstrations. This is the event to attend if you want to know more about this time in our nation’s history.

The history of Horse Cave, Kentucky, is a mystery. Legend has it that the town was named in the late 1800s for a nearby cave where the native peoples of the area hid horses. However, the town got its name, the Horse Cave Heritage Festival held each September seeks to keep the traditions and history of the area alive through activities like an antique tractor and car parade, a quilt show, live music and entertainment, food and craft booths, and a popular event called “Chattin’ on the Porch” coordinated by the Kentucky Folklife Program at Western Kentucky University.

What started as a simple Bourbon tasting event in 1992 has grown to an international event drawing over 53,000 people each September in the town of Bardstown, Kentucky. Today, 69 percent of the world’s bourbon is made in and around Bardstown and has been since 1776, earning the town the name “the Bourbon Capital of the World.” The Kentucky Bourbon Festival is sponsored by local distilleries and held to celebrate the industry and its impact on the region. Events during the week-long festival include all aspects of the bourbon-making process, bourbon sampling, a relay, car show, auction, live music, Bourbon barrels race, and family fun center. This is a true Kentucky heritage event.

According to popular thought, the woolly worm is the herald of winter and predictor of its severity, and much can be learned from this multi-colored creature. For over 30 years, the Woolly Worm Festival has been held in late October in Beattyville, Kentucky. Annual events of the popular festival include the Woolly Worm Race, the heart of the festival. Other entertainment that’s worth seeing is the Youth Pet Show, Woolly Worm 5K Race, parade, car show, and live music featuring some of the best in the state.

Many people don’t know this, but Louisville, Kentucky, is one of the best cities for foodies. Home of the original Taste of Louisville event over 40 years ago, this premier event brings together just about every style of cooking from sweet to savory and regular and adult beverages. Chefs from fine dining establishments and local eateries prepare and offer delicious goodies, and proceeds from the festival go to help support local charities. The Taste of Louisville is a great way to sample local food and support charities at the same time.

Remember hot-from-the-oven biscuits with butter melting on them and delicious sorghum molasses dripping down the sides? That’s just one reason to celebrate the yummy golden syrup for which the Morgan County Sorghum Festival in West Liberty, Kentucky is named. Sorghum, the South’s most popular sweetener, is the main guest at this annual three-day festival that provides wholesome family fun. There are food booths, children’s activities, tours of a local grist mill, live music and entertainment, a parade, and the crowning of the Sorghum Queen. And plenty of opportunities for buying sorghum to take home.

Every year during the second week of September, visitors at the Hart County Courthouse can step back in time and relive the days of the Civil War. With period music, authentic costumes, and actual reenactments of civil war activities including the Battle of Munfordville, you’ll get a first-hand look at what things were like during that time in our country’s history. The three-day event is enjoyed by everyone, no matter what age.

The Pumpkin Patch & Fall Festival in Dry Ridge, Kentucky, is sponsored by Country Pumpkins and was founded in 2000. What started as a small dairy farm in 1947 has grown into a larger farm with 65 milk cows, and the festival is held each year to celebrate the fall season. Come pick your pumpkin, and after that, test your navigation skill through the amazing corn maze. Most people can make it through in an hour or less. Can you? There are all kinds of family fun at this annual festival.

Big Bone Lick State Park in Union, Kentucky, is the place to go so you can attend the annual Salt Festival. You and your family will get to see what life was like in the frontier days when your skills and ability to live off the land was paramount to your survival. There are demonstrations that show how blacksmiths fashioned iron into useful items like horseshoes, watch bison hair being spun into yarn for clothing, and observe a flintknapper making a stone point for spears. There’s plenty of good food and crafts, a live bison herd, and a museum nearby with artifacts from the Ice Age.