The 13 Best Festivals in Kentucky! 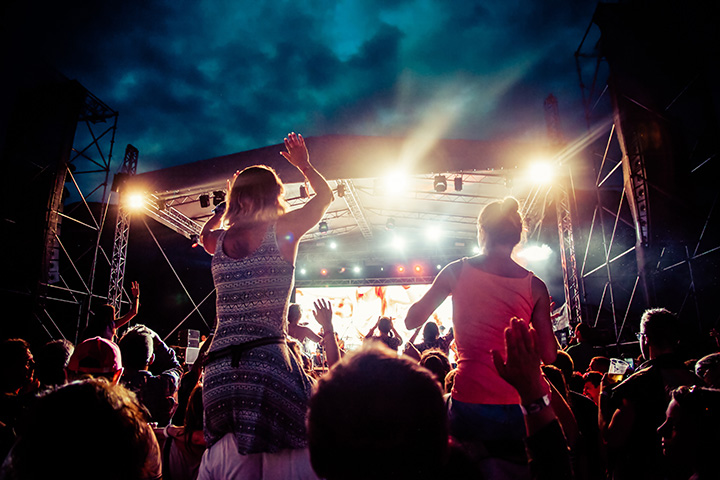 Kentucky is a great place to party. Across the state and throughout the year, you can gather with other members of the community to toast to several of your favorite things like the Kentucky Derby, The Beatles, “The Big Lebowski,” fine arts, and blues music. These 13 best festivals in Kentucky will keep you busy all year long with a full and fun calendar of must-attend events.

The Kentucky Derby Festival is a two-week series of events leading up to the annual running of the Kentucky Derby. The festival kicks off with Thunder Over Louisville—a 30-minute fireworks show that is one of the largest in North America. Other popular festival events include the Great Steamboat Race, a race down the Ohio River between the Belle of Louisville and the Belle of Cincinnati, the Pegasus Parade, and the marathon and minimarathon races that draw around 15,000 runners from around the country.

The St. James Court Art Show is a juried fine arts and crafts show held annually in Old Louisville’s most spectacular Victorian homes district. The event draws more than 700 artists who display and sell their works in booths around Old Louisville. More than half a million visitors from across the country make their way to Louisville each year to enjoy the displays found at this annual festival.

Every year, the International Bar-B-Q Festival in Owensboro marks the start of Kentucky’s summer. The weekend event occurs the second weekend in May—just after the Kentucky Derby—and is a competition for the best barbecue that benefits local charities. Festival-goers enjoy samples of barbecued pork, chicken, and mutton prepared by chefs and local enthusiasts alike, and side events like the keg toss and pie-eating contest keep you entertained between servings.

WorldFest is an annual event held on the Belvedere in Louisville, Kentucky, that celebrates the city’s growing international population. The free event is held over Labor Day weekend and features amazing international food, cultural presentations, shopping booths, and the Parade of Cultures where individuals from different countries put their traditions on display for everyone’s enjoyment.

The Highland Renaissance Fair is Kentucky’s only annual renaissance festival. It’s held on a former farmland in Eminence, Kentucky, and is a recreation of life in 14th century Scotland. The event features actors that help to recreate the feel of life in the renaissance era, jousting competitions, booths with arts, crafts, clothing, and accessories, and even an event-specific currency called the coin of the realm—a large wooden coin used to pay for all fair purchases.

What started as a small bowling event more than a decade ago has grown into a huge annual festival and celebration of “The Dude” and his adventures hosted annually in Louisville, Kentucky. White Russians are the drink of choice at this event which always includes a screening of “The Big Lebowski” and a bowling party in addition to concerts, comedy acts, trivia competitions, and costume contests.

Held in Danville, Kentucky, the Great American Brass Band Festival is an early-summer celebration of brass band music that brings both local and famous brass bands and musicians together. While the draw of this festival is certainly the live music, the free event also features a hot air balloon race, a community picnic, and a food court called Food Village where visitors can sample offerings from local restaurants.

Celebrating arts and the blues are the thing to do at the annual Garvin Gate Blues Festival in Old Louisville’s Victorian district. The two-day festival held in October brings artists and blues musicians from around the region to Louisville so that visitors can enjoy live entertainment as well as eating, drinking, and shopping from vendors at more than 50 booths.

Each year, bourbon lovers congregate in Bardstown, Kentucky, for the annual Kentucky Bourbon Festival—a celebration of the state’s signature liquor. The festival features a series of events—some free and some paid. Distillery tours, bourbon tastings, live music, and food, drink, and shopping booths are just some of the ways festival-goers can entertain themselves at the Kentucky Bourbon Festival.

While the annual Abbey Road on the River is moving across the river from Louisville, Kentucky, to Jeffersonville, Indiana, Kentucky can still claim the festival as its own because 1) it started in Louisville and 2) Jeffersonville is close enough to Louisville to be basically the same thing. This festival is a celebration of The Beatles that brings cover bands from across the country to the Ohio River waterside for a Memorial Day weekend celebration of one of the world’s most beloved bands.

Forecastle is an annual summer music festival held in Louisville, Kentucky, that brings music fans from all over the world to the city’s Waterfront Park. Acts that have performed at Forecastle in the past include Outkast, The Avett Brothers, Smashing Pumpkins, The Flaming Lips, and My Morning Jacket. The three-day music festival has received plenty of praise: Rolling Stone called it “one of the coolest festivals in America,” and Southern Living named it one of the best festivals in the country.

Land Rover Kentucky Three-Day Event is an annual equestrian competition held at the Kentucky Horse Park in Lexington, Kentucky. The event features dressage, cross-country, and show jumping competitions and draws competitors from all over the world. Though the name of the event implies that it occurs over three days, it is actually a four-day event, and it is held annually on the last weekend of April—the weekend before the Kentucky Derby.

The Kentucky State Fair is held annually at the Kentucky Fair and Exposition in Louisville, Kentucky. It’s a bizarre event that brings together all the disparate interests of a diverse state. Farmers from the state’s more rural areas bring their livestock to be judged, artists submit artworks from all mediums to the fair’s art contest, families enjoy rides and games on the midway, and adults rock out to local cover bands in the fair’s beer tents.

Festival of Trees - Brunch with Santa