The 10 Best Restaurants in Kentucky! 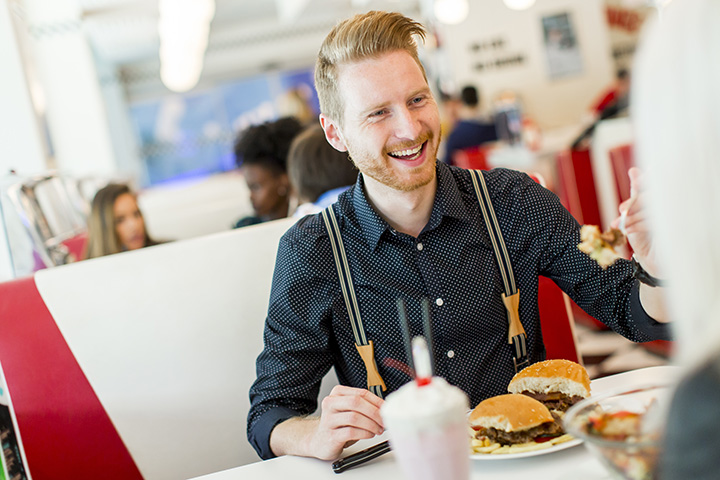 When people think of Kentucky, two things usually come to mind: horses and bourbon. However, did you know that Kentucky is also well known for its amazing food scene?

Louisville in particular is the frequent recipient of awards for its innovative restaurants and cuisine. In fact, the city was awarded the grand prize in the World Food Travel Association’s 2016 Food Trekking Awards.

Whether you’re interested in the Kentucky classics—hot browns, fried chicken, Derby pie, and Benedictine—or you’re craving something unique and unforgettable, Kentucky’s restaurants have you covered. Here are the 10 best Kentucky restaurants that deserve a visit during a trip to the Bluegrass State.

Proof on Main serves contemporary southern fare in a unique setting. Housed inside the 21c Museum Hotel, Proof on Main is the perfect place for a date. Start off by taking a walk through the hotel's contemporary art museum-it's open 24/7. After viewing and discussing 21c's interesting-and sometimes disturbing-art collection, head to Proof on Main to experience one of their exotic preparations of traditional southern fare. Top off the night at the Proof Bar where you can pick your poison from a list of more than a hundred different bourbons.

Kentucky might be the last place in the world where you'd expect to find amazing Cuban food, but Havana Rumba will shatter those expectations. The owner, Marcos Lorenzo, immigrated from Cuba in 2000, bringing family recipes with him that had been passed down for many generations. He opened the first Havana Rumba in 2004-preparing his old family recipes with fresh ingredients-and was met with quick success. Louisville is now home to three Havana Rumba locations, and a trip to any of them will make you lament America's stringent regulations on travel to Cuba.

In 2015, the Beaumont Inn was awarded the prestigious America's Classics Awards from the James Beard Foundation. While other awards handed out by the James Beard Foundation are typically given to edgy and unique restaurants, the America's Classics Awards goes to restaurants that best represent the food and atmosphere of their communities. The Beaumont Inn does just that: serving deep-fried comfort food and covering most everything in gravy, a visit to the restaurant at Beaumont Inn is a great way to experience traditional Kentucky food and culture.

Visiting the south without indulging in some barbecue is a shameful thing to do. Even vegetarians can enjoy a good barbecue restaurant like the Moonlite Bar-B-Q Inn because it's not just about the barbecue-it's also about the sides. Moonlite offers the best of the best when it comes to southern barbecue cuisine: slow-roasted pulled beef, pork, and mutton sandwiches covered in tangy barbecue sauce, and tender ribs paired with baked beans, cornbread, and potato salad.

Covington, Kentucky, is a quaint town in Northern Kentucky-just across the river from Cincinnati-that's well-known for its MainStrasse Village. MainStrasse Village is a collection of streets lined with German restaurants, pubs, and stores that will make you feel like you're living in the late 1800s. A trip to MainStrasse Village is incomplete, however, if you don't make it to Wunderbar-a quaint neighborhood pub offering craft beer and traditional German fare like sausage, beer cheese, and corned beef hash. If you're brave, try the giant pretzel. The name doesn't lie.

Wallace Station is home to one of Guy Fieri's five favorite burgers: The Famous Big Brown Burger. Fieri's choice is a play on Kentucky's famous hot brown-locally sourced beef is topped with ham, bacon, tomatoes, and a white cheddar Mornay. Other offerings at the restaurant include typical deli fare: sandwiches, salads, and soups. However, the best part of your meal may come after dinner at Wallace Station's pastry case that's always full of freshly baked homemade goodies.

The Holly Hill Inn in Midway, Kentucky, is a fine dining restaurant offering locally sourced, traditional Kentucky food that's artfully prepared and served in a gorgeous and serene setting. The restaurant has been featured in numerous national publications, including CBS's The Dish, Southern Living, the San Francisco Chronicle, and The New York Times.

From the outside, The Silver Dollar in Louisville, Kentucky, looks like a whiskey bar. Located in a small structure with an awning promising "Whiskey By The Drink," what you'll find inside may surprise you. While the silver dollar certainly has whiskey-and plenty of it-the restaurant also has a full menu of traditional southern dishes influenced by Southern California preparations. If you want the perfect meal, stop by on the weekend during brunch and order either the cornbread pancakes or the enfrijoladas.